I remember first learning about the 52 Week Money Challenge on Pinterest a few years ago. It seemed like such an interesting idea, although I didn’t participate at that time. The concept is simple: in the first week of the year, you set aside $1; in the second week of the year, you set aside $2; and so on until the year ends. By the last week in December, you will have saved $1,378. This is a great concept for beginner savers, people who need to establish their mini-emergency fund, or anyone who wants to give their savings account a boost. However, it can be difficult for some people who need instant motivation, because in the first 2 months, you save only a total of $36. There are a few alternatives to the 52 Week Money Challenge that might better fit your needs. 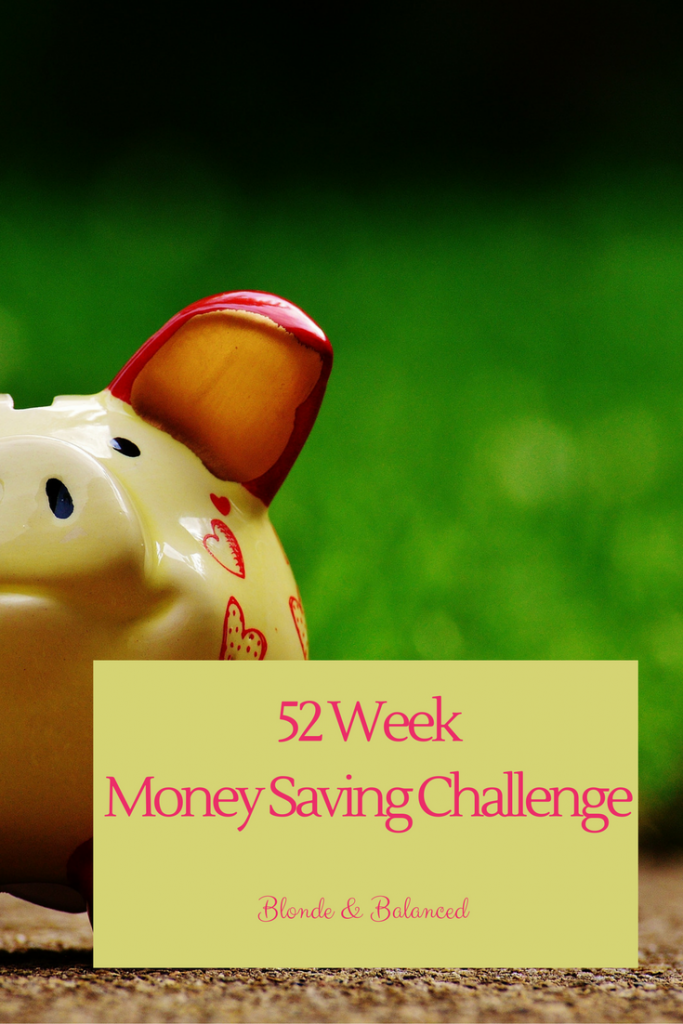 Do a “Reverse 52 Week Money Challenge.”

In the original challenge, you physically put your money into a jar in your home. That poses a few problems for me: 1) I rarely carry cash and go to the bank very infrequently 2) I’m not comfortable leaving $1,300 in my home and 3) If I did have the cash on hand, I’d be more likely to call and order a pizza than actually save it. So, I recommend doing an automatic transfer into your savings account. However, there’s no way to automatically transfer changing amounts of money in your bank account, and to set up an automatic transfer for all 52 weeks by hand would be very tedious and time consuming. So instead, set up an automatic transfer of $26.50 per week– the average weekly amount of money saved over the entire 52 weeks.

Do a “bi-weekly or monthly money challenge” (or however often you receive a paycheck.)

Some people, myself included, do not budget weekly amounts. I budget based on the entire month. So, to make it easier to participate in the challenge, I could either save $10 in January (by adding together weeks 1, 2, 3, and 4), $26 in February, and so on until I am saving $202 in December. Or, I could save $115 a month (the average amount of the total amount saved divided by the 12 months) for the entire challenge. Likewise, if you budget based on each paycheck, you could do a bi-weekly money challenge and combine the savings amount based on the paychecks. For example, if you will be receiving your first paycheck of the year in the second week of January, you would save $3 (the amount for weeks 1 and 2), and when you receive your second paycheck of the year at the end of January, you would save $7 (the amount for weeks 3 and 4) and so on.

In the end, it doesn’t matter which method you use to save money, just that you do!

For ways to automate your savings more and kick it in to next gear check out these other awesome articles.