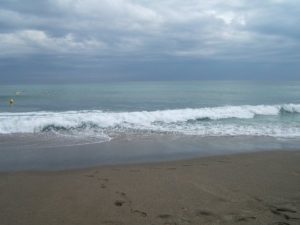 I read an article in a recent issue of Glamour Magazine about a woman who fell in love with a man who had less money than her.  Actually he had no money at all, he had a low paying job with no personal savings.  She met him online and they instantly connected.

After months of communicating by email, phone and chat the couple finally decided to meet in person.  When he showed up to take her out on their first date she was shocked at what she saw in her driveway.

The man showed up in an old pickup truck and the woman almost didn’t walk out of her front door.  She had seen pictures of the man and knew he was cute but she didn’t know he had no money.  The subject of careers and personal finances never came up in their long conversations.

Should money be a criteria for dating?

So here lies the question, would you go out with a man who had no money?  We aren’t talking about a man who makes good money and just mismanages it, because that can be fixed.  We are talking about a man who makes just enough to get by.  She already had feelings for this man and she knew if she went out with him her life would always be hard off financially.  She wasn’t hoping to marry rich, she was just hoping to marry someone who wasn’t poor.

If this was me I don’t know if I would continue a relationship with a man who had no money.  Maybe in my 20s, but probably not now in my 30s.  That sounds really bad as I read it back to myself but it’s true.  If I already loved the man I don’t think money would matter, actually I know it wouldn’t, if I was in my 20s.

When I was younger I was broke, like dead broke, and I know how much stress money can cause.  I wouldn’t want to go through that again.  When you are in your 20s it’s OK to make mistakes and learn from them.  But as we get older we are supposed to be more financially responsible.

If I was dating now I think money would come up in our first few dates.  In my 20s I wouldn’t have cared if my boyfriend had no money.  However, now in my 30s it would be very hard to start a relationship with a man who didn’t have the same lifestyle I have.

Should money be a criteria for marriage?

I wouldn’t expect women to want to marry a man who can make her life better.  However at the same time I don’t think anyone wants to marry a man who makes their life worse.  The trouble with the man having no money was that the woman was already in love with him.

If she didn’t go out on the date she would always wonder if he was the great love of her life. She would always wonder if she let her soul mate get away because he drove an old pickup truck. She decided money wasn’t worth her happiness so she grabbed her purse and walked out to the driveway where the man was waiting with the passenger side door open.

As expected the man was a total gentleman.  After their first date her feelings were as strong as ever.  They eventually got married and were still together when the article was released.