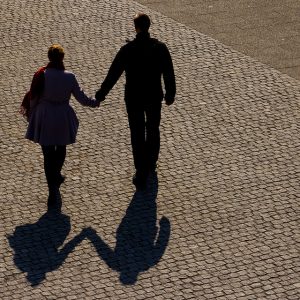 Good morning Loves.  Saturday morning I was watching an episode of Will and Grace (boy do I ever love that Jack).  Grace just married Leo (Harry Connick Jr.) when he decided to extend his stay in South America with Doctors Without Borders.  Grace was obviously upset that she didn’t get to enjoy the honeymoon period with her new husband but she didn’t say anything to him about her concerns.  Grace’s friends encouraged her to tell Leo how she felt.  When they asked Grace why she didn’t tell Leo how she really felt she said “Our marriage is so new, I don’t want to show my true colors.”

This statement got me thinking, how fake do we have to be to make our relationships work?  I have been with my boyfriend a long time, a really long time, and I like to think that we have a great relationship.  But then I started thinking a little bit deeper.  Even though we’ve been together for over a decade there are still some things that I will never say to my boyfriend.

I don’t think we have to lie to our spouses to make them happy, Lord knows my boyfriend doesn’t.  He is always brutally honest, sometimes so much it hurts.  He just says that being honest is the best policy and I do agree.  However there are just some things that I won’t say, not because they are mean, just because it’s not my place to give an opinion.

Off limit topics in our relationship

His family.   I learned very early on in our relationship that his family is off limits.  Now I keep my opinions to myself when it comes to my boyfriend’s family.  The main reason is because he knows his family better than I do and giving my opinion (if it conflicts with his) is only going to cause friction in our relationship and I don’t want that.  Ultimately my boyfriend is going to do what he thinks is best when it comes to his family so there is no point in stirring the pot, even if I think he’s making a wrong decision.

My family.  My relationship with my mom, dad and sister is complicated and honestly I think my boyfriend is tired of hearing about it.   I stopped talking to my boyfriend about my spineless dad, manipulative mother and my ever righteous sister – mostly because I think he stopped listening many moons ago, but also because there is no possible way he could understand what I’m going through.

My boyfriends family is picture perfect and my dad lives in a trailer park, it’s not exactly comparing apples to apples.  So I just keep all the animosity and anger inside and try to let it go through a healthy outlet such as yoga – or sharing with you.   It’s much better for our relationship if our families stay off limits.

The one thing that is not off limits in our relationship is money, my boyfriend and I always talk about our family finances.  Right now we are mostly talking about our new apartment – no we haven’t found one yet.  We have to decide what little luxuries we want and how much we are willing to pay for them.

Is there anything that’s off limits in your relationship?