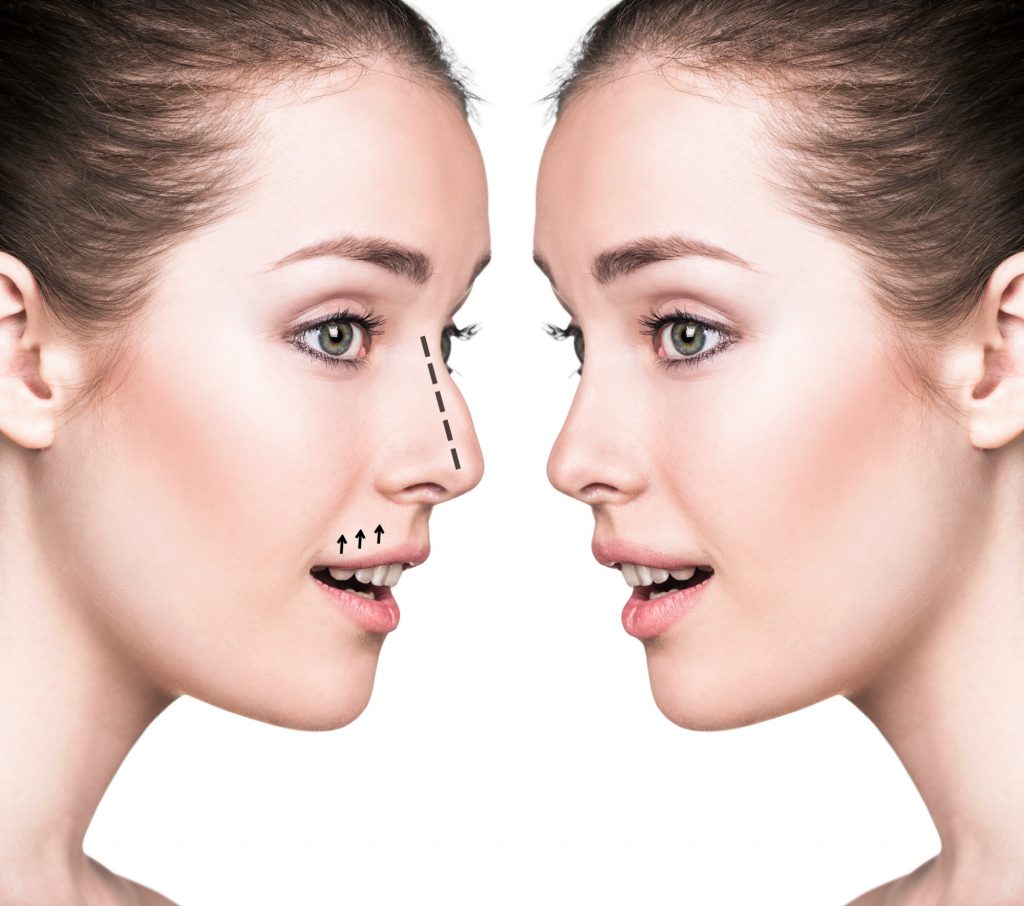 Comparative portrait of female face, before and after plastic surgery of the nose

Did you know that we have 100 million olfactory receptors in our nose?

These cells allow us to detect odors. Without them, we wouldn’t be able to smell at all!

When it comes to nose shapes, everyone’s is different. It can be tall and narrow or short and wide—it really depends on your genes.

With that said, it is possible to alter its appearance. How? With nose jobs.

Want to learn more about how the procedure works? If so, be sure to read on!

Things That You Should Know About Nose Jobs

Rhinoplasty, also known as a nose job, is a type of plastic surgery. While often done for cosmetic purposes, it can also be used to treat injuries and birth defects.

1. It’s Best to Wait Until the Nose Has Fully Developed

It’s best to wait until your nose has fully developed before getting nose surgery. Typically, this occurs at age 14 in girls and 16 in boys.

With that said, everyone develops differently. It’s not uncommon for some to be eligible earlier than others.

2. You’ll Have to Take It Easy for a Few Weeks

There will be noticeable swelling and bruising after the procedure.

Generally speaking, it will subside in 10-14 days. However, it can take up to 6 months for it to go away completely.

Most people will be ready to return to work after 1-2 weeks. However, avoid strenuous exercise for 3-6 weeks.

3. There Are Different Types of Nose Jobs

There’s more than one option when it comes to nose jobs.

In some cases, the nose can be reshaped without surgery. Instead of making an incision, doctors inject dermal fillers, which can reshape the tip and smooth out bumps.

4. Costs Vary from Surgeon to Surgeon

“How much is a nose job”, you ask? It depends on two things—your doctor and your location.

Having said that, the average price is around $5,000 in the United States. Do note, however, that that does not include any anesthesia or aftercare.

Cosmetic rhinoplasty is typically also not covered under health insurance.

5. It Will Take a While Before You See the Final Results

Don’t be alarmed if your nose doesn’t look the way you want it to after a few weeks. It can take up to a year for you to see the final result.

As it is, there are a few things that you can do to speed up the recovery process. For instance, you can make the swelling go away quicker by limiting your dietary sodium.

Thinking of Getting a Rhinoplasty?

As you can see, there are a number of things to consider when it comes to nose jobs. Perhaps the most important of all, however, is taking time off for your recovery!

Did you find our article helpful? If so, feel free to share it with your friends!