We subconsciously make financial decisions even when we are completely unaware. Our psychological beliefs about money can be inherited, created by our culture, or created by ourselves. Regardless of how we develop them, they have a huge impact on how we handle our money and view the concept of debt. Unfortunately, these beliefs can be very difficult to change even as we age.

If you have ever done any extensive research on individuals’ psychological beliefs about money, then you have probably heard the name Klontz. He researched a great deal on this subject and eventually coined 4 specific categories to distinguish how people can view money: money avoidance, money worship, money status and money vigilance. These four scripts can cause great financial struggles in our life, and can lead to debt or poor money management. 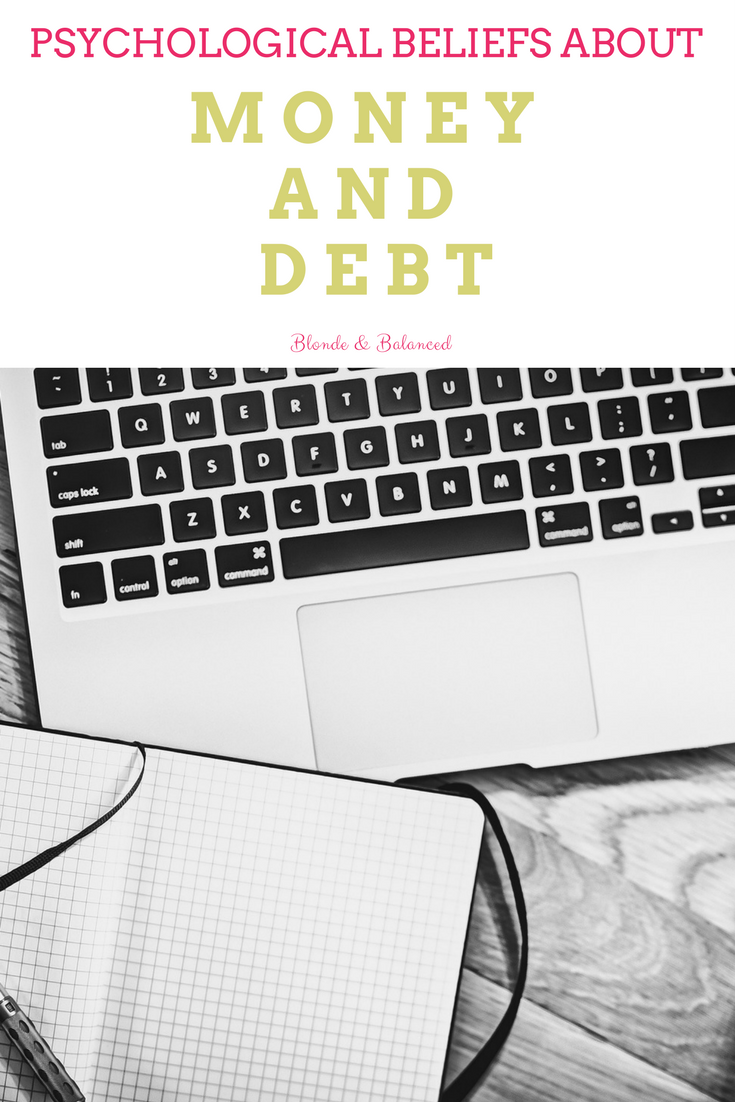 As we discuss in further detail the four scripts and what they mean, you may realize that you fit one or more of the scripts. People are able to hold more than one at once, even sometimes holding contradictory scripts simultaneously.

Money avoiders typically view money in a negative light. They may believe that money is evil or that they do not deserve it. It causes anxiety and unhappiness in their life. Typically, they spend a lot of time worrying over money. They face constant concern over debt and becoming “broke.” These individuals can sometimes self-sabotage themselves. The idea of having money may be so overwhelming that they choose to spend it all immediately, or even give it away. Money avoiders do not want to participate in investments or the stock market. Typically, they either hoard all of their money, unable to decide how to spend it, or excessively spend it immediately so that they own nothing.

Money worshipers are obsessed with money. They believe that money can solve all of their problems and that it will bring them true happiness in their life. They see a direct connection between happiness and wealth. Their greatest wish is to make more money, and they typically blame all of their problems on the fact that they do not have as much income as they wish. For example, if their marriage is struggling, it is because they are not wealthy enough. However, research has shown that there is actually no correlation between level of happiness and amount of wealth after your incomes reach a certain level (typically $75k per household in yearly income). The extra income has proven to not increase happiness in individuals’ lives. In fact, some individuals have been found to have a decrease in overall satisfaction when their income increases by a substantial amount of money.

Money worshipers typically are unhappy with their current lifestyle, constantly want more, and dig themselves into deep debt.

Those following a money status script have the mindset that “money is status.” The believe that your net-worth equals your self-worth. The more money you have, the more you are worth as an individual. They are impressed by others who are wealthy, and see the poor as unequal. If they themselves are wealthy, they may be vain. If they are poor, they may have very low self-esteem.

Individuals with this mindset can be unhappy, obsessed with money, and could fall into overspending to keep up with the appearance of wealth. They may feel pressure to own name brand clothing, a brand-new car, and the latest iPhone.

Many individuals treat the subject of money as top secret. They are unwilling to discuss it with others, sometimes including their spouse or children. This can create shame and secrecy, regardless of how much they own. They may have a fear of banking systems, be unwilling to apply for credit, and usually do not participate in the investment world.

Some extreme money vigilance thinkers may even hide all their money in remote and private places, such as under their mattress. Money is a subject that they discuss with no one. Less extreme cases may occur when spouses choose to have separate bank accounts so that the other cannot see what they purchase. When following the money vigilance script, secrets are usually a big part of your day to day life.