If you’ve been thinking about starting your own company, or you’re already doing it, you don’t want to miss Generation Startup. Written and directed by Cynthia Wad and Cheryl Miller Houser, this documentary is a must-see for anyone who feels they’re alone in their startup. It’s a harsh and accurate look at the struggles of entrepreneurship and what it takes to make your company succeed.

For most entrepreneurs, even if they have a business partner, they feel very alone. As if no one understands what they’re doing and why. Generation Startup gives you an inside look at other entrepreneurs and their struggles, allowing you to see that you are not alone. And if you’re thinking of starting your own company, it’s an inside look at the hard work and sacrifices it takes to succeed.

This documentary follows six recent college graduates that have decided to risk everything to launch their own companies, despite everyone telling them that they need to get a “real job.” They face real challenges include family and friends being unsupportive, not making any money to live on, and starting a company during a time that entrepreneurship is at an all-time low. 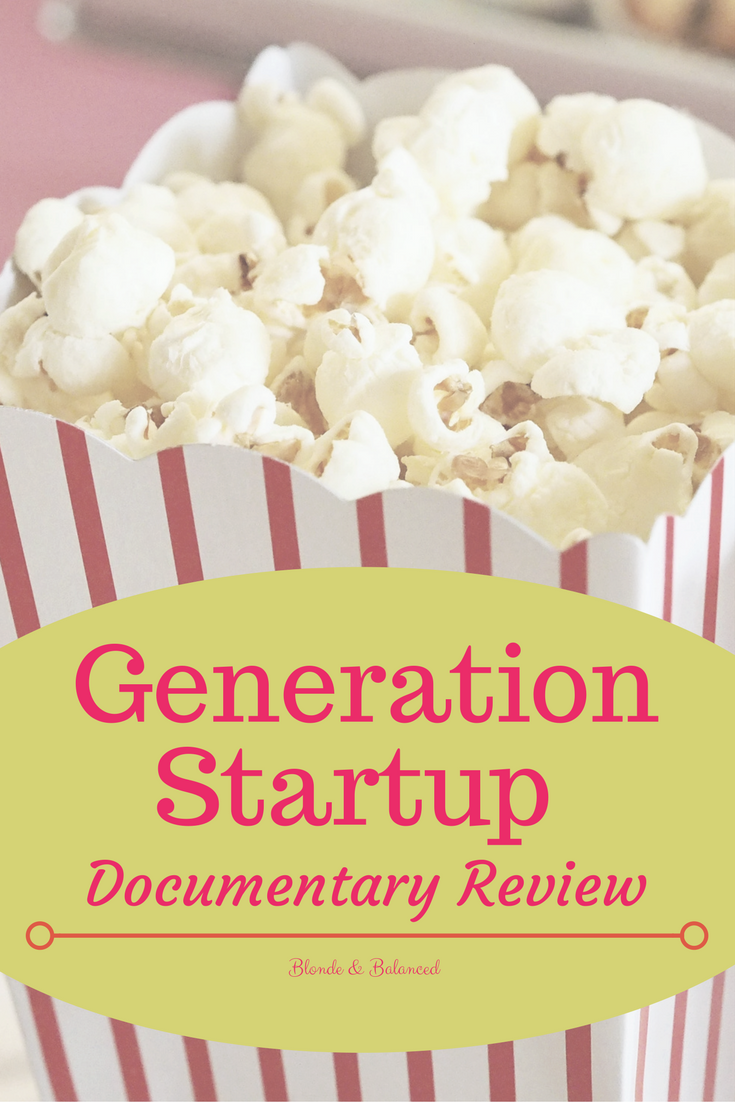 These entrepreneurs face a lot of tough decisions, including one whose parents are in a difficult position and he’s choosing to pursue his dreams instead of taking a job that would ease his family’s financial burdens. The documentary includes people from a variety of backgrounds with different struggles and different goals along their varying paths so that you can see the differences in each story and how they are affected by their decisions and backgrounds.

It also makes it clear that the most important thing you can do as a startup is to surround yourself with a strong team. At least one other person to work with you who believes in the same dream and can offer moral support. When you feel the world is against you, it’s important to have at least one person who believes in you and can be your sounding board for ideas.

One very important question that arises in entrepreneurship is knowing that it doesn’t mean immediate, steady income and figuring out how you will live. With all of your time and energy focused on getting your company off the ground, how will you pay the bills? And when you build a team and have employees, how will you pay them? Following these entrepreneurs through their struggles also shows you their fears, failures, and successes in figuring out how to keep things afloat.

Generation Startup looks at all sides of the situation, not just the entrepreneurs, but their families too who are always worried about them and trying to convince them to get a job. This gives you the full picture and may even help you to understand why your family feels a certain way about your startup dream.

Whether you’re already in the process of starting a company or just dreaming about it, Generation Startup is a great documentary to see. There is no judgement, no right or wrong, just an honest look at what it means to follow your dreams and the hard work it will take.