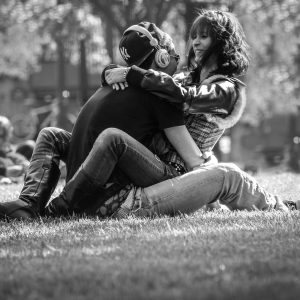 This is a guest post from Pauline of InvestmentZen.com

It might seem superficial to say you’ll only consider romantic partners that have good money habits. As a matter of fact, you have probably already seen the viral posts on the internet about girls saying they won’t date someone with a bad credit score, or poor money habits. They get called all sorts of names. But if you consider most relationships end because of money, finding your perfect financial match actually makes sense.

I think there are signs as early as the first date, regarding how your potential partner handles money. If he says he is a teacher but drives a sport car, that screams poor money management. Or leeching off parents, which is not better. On the other hand, if he takes you to the park for a walk, he might be wise with his wallet. As you start dating and seeing more of each other, you will see more of his financial behavior. Because you don’t want a cheap partner either, make sure the relationship is balanced and everyone pays their fair share. If you treat your date to a nice dinner, they should pick up the tab the next time.

After that, there are no rules. You should be comfortable together in the way you both handle money, spend, save and invest. When things get serious, some couples decide to merge finances, they buy a place together, and suddenly my and his money become “our money”, while other people keep separate accounts. It doesn’t mean your relationship is doomed if you don’t merge finances.

It has to be what works best for you. I for example have bought a house with a partner, but we have always kept the rest of our money separate. He had way more money than me and I would have felt really bad to let him pay for everything, so I insisted on going 50-50 when paying for things. That led to tensions when he wanted to splurge, even if that meant inviting me, and I refused, arguing if I didn’t want to spend money on that, it didn’t align with my values, and even getting it for free wouldn’t cut it.

On the other hand, I think merging finances and having a savings and investment goal as a couple instead of two individuals can make you stronger when it comes to preparing for retirement. Two people with the same goals work as a power team, whereas two individuals going in different directions will have a harder time finding meaning in their relationship. Part of who you are as a couple is that common goal you are building towards. And if you both want the same things, it should be much easier to make sacrifices here and there so you can reach your goal sooner.

For example, if you both want to max out your 401ks this year, you will see the point in trying to stay home instead of going out on expensive dates. If only one of you has that goal, the other one might call you boring, go out alone, and it can create tensions.

Even if you want the same thing, no two people are exactly the same, and you will both have a different way of getting there, maybe a different pace, or different things you are willing to sacrifice or not. You will almost always have to compromise and take the other person’s point of view into consideration.

In the end, the perfect financial match will simply be a person you love so much that their financial flaws won’t matter to you. You’ll want them to be happy and if that means spending a little more than you do, as long as you see eye to eye on important milestones, you should be just fine.