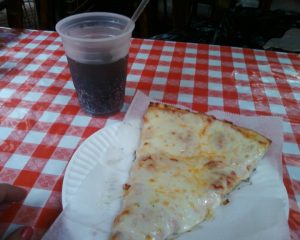 Good morning Loves. I have a question to ask, would you go out with someone a second time if they didn’t pay for your first date?  My friend Sherri just went out with a guy who not only asked for two checks at dinner but he also made her pay for her own movie ticket.  Sherri said she really liked the man and they had a great time on their date, up until he asked her to pay for her own meal.  When it comes to paying for a date are you old fashioned and want the man to pay or are you new aged and want to go dutch?

Should the man always pay for the first date?

Sherri hasn’t been on a first date in a while.  She didn’t say anything to the man about paying her half of the check because she wasn’t sure if everyone paying for themselves on a date was the new norm.  When it came to the movie she was surprised the man didn’t offer to pay for her ticket.  Actually insulted was the word she used.  So here’s the question, would you be offended if someone didn’t offer to pay for your first date?

I haven’t been on a first date in a long time but I don’t think I would call a man back if he didn’t offer to pay for our first date.  Maybe I’m just old fashioned but if a man asks me out I would assume the night would be his treat.  I might also take it as a sign of my likability if a man didn’t pick up the check on our date. I would think he wasn’t into me because if he did like me he would want to impress me and pay for the meal, right?

Who should pay for the wedding?

If my boyfriend and I were to get married I think our parents (both sides) would offer to cover the costs.  After 15 years of dating our parents would be so happy my boyfriend finally popped the question they would be more than happy to pay for our wedding.

Living happily ever after

When you are married how do you share expenses?  My boyfriend and I live together and we split all living expenses as well as all big purchases right down the middle.  This is probably because our incomes are approximately the same.  If our earnings were drastically different I think we would split our everyday living expenses as a percentage of our income.