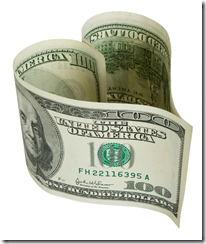 I’m fairly good with my money.  G is very good with his money.  Combining finances with my future spouse should be super easy.  Right?

I’m still nervous about it.  I’ve spent the past 27 years of my life on my own.  I make decent money.  I save more than I spend.  I’m preparing for the future.  I’m debt-free.  My fiance’s financial status will definitely increase after he slaps his last name on me.

So, why should I be nervous?

Because I won’t be in full control of my finances anymore.  I won’t be the only one to say whether I can spend $167 on a spontaneous trip to New Orleans.  And, of course, it might make me a bit uncomfortable if G spends such an amount so thoughtlessly.

It’s going to be difficult.  We’re going to argue.  I’m worried that we’re both so into money that, in the beginning, we’ll question each other’s every expense.

I know we need to set boundaries.  Debt Ninja talked a lot about this when he first got married.  Although G and I talk about money a lot, we haven’t broken down the detailed logistics of our combined finances.  But maybe that just comes after we actually go through the combining process?

One things for sure:  I am NOT worried about G getting us into debt or spending TOO much.  He is very diligent with his money. It’s just going to be difficult to transition from CFO to co-CFO.

Since this is going to be a huge upcoming issue in my life, I plan to blog about it quite a bit.  Something tells me that my readers are quite interested in couples and money since the How Couples Divide Their Money post from the Mint blog was by far the most popular link in my roundup last week.

Do you combine money with your honey?