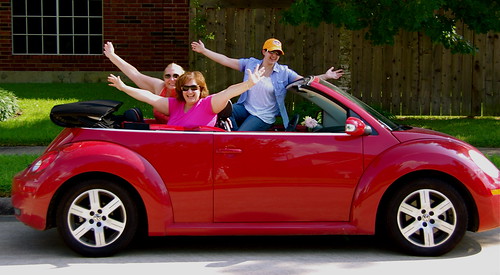 Lately, the idea of one-car households keeps coming across my radar. My friend Cordelia over at Cordelia Calls It Quits recently sold her car to pay for some big life changes, while a guest post over at Modest Money last week talked about getting rid of a second car to as a money and time saving move.

As a PF girl, I’ve always been intrigued by the idea of being a one-car household. There are so many reasons why it would be smart, and we have some couple friends who do it for various reasons. But I’m not sure if The Hubby and I are ready to take that leap just yet.


What about you guys? Would you ever consider going down to being a one-car household? Are any of you already?