I have been on my journey to debt-freedom for a number of months now, and sharing my experience on my blog has provided me with accountability and advice from others in the same situation. Likewise, I love to read blogs by others who have begun their own debt repayment journey. Some of the blogs I like to read are from people who have already completed their debt snowball, while others are written by people who are still “in the trenches” like I am. Here are 5 of my favorite blogs about debt repayment. 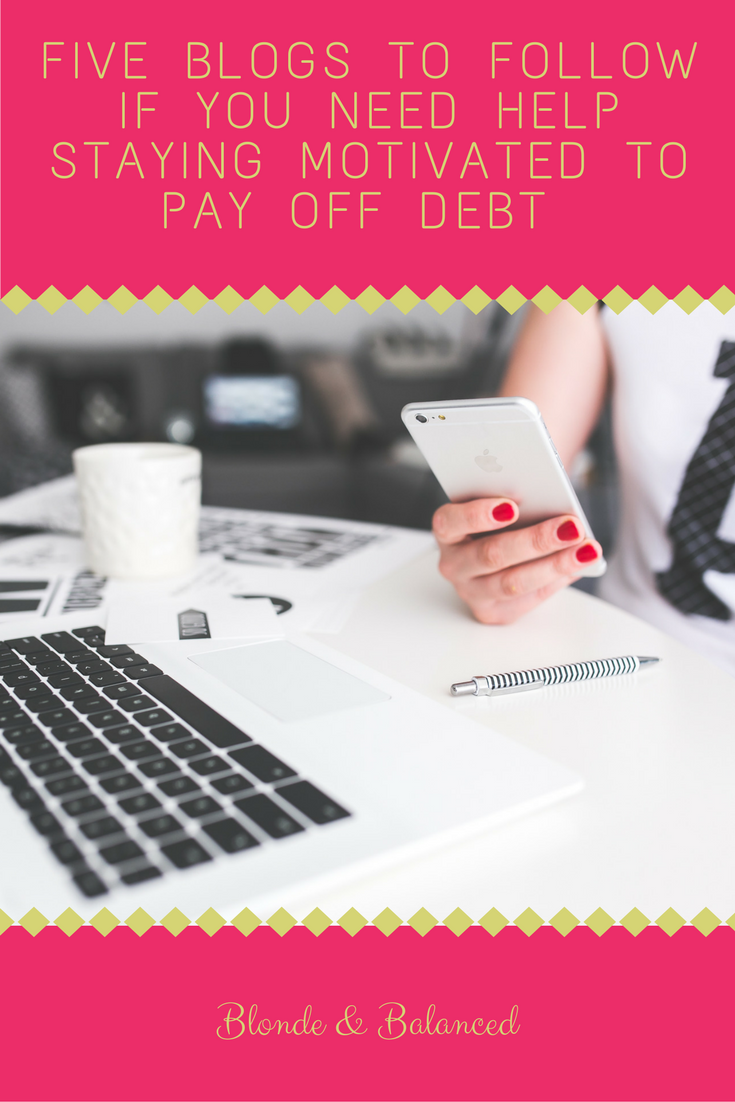 Melanie started her blog in January 2013, when she was $81,000 in student loan debt. She blogged about her journey to debt freedom, and in December 2015, she finally became debt free. One of my favorite things about her blog is the “Dear Debt” letters that her readers have written about their stories with debt and why they are breaking up with debt for good.

Amanda’s debt story started with $30,000 in credit card debt which she had discharged through bankruptcy; this left her $47,000 in debt from her undergraduate and graduate degrees. After 15 years of carting the student loans around, she told her mother “I will probably die with student loan debt” and knew something had to change. Amanda started aggressively paying off her debt in January 2015, and 14 months later, she was debt free. Amanda has a weekly column called “Featured Dreamer” where readers write about their own dreams after they are debt free. I was a Featured Dreamer in April 2016.

Stephanie and her family were $144,000 in student loan debt after her husband completed his JD/MBA degrees. After reading Dave Ramsey’s The Total Money Makeover, they realized that they needed to pay off the student loans because the interest was accruing rapidly. Three years later, they were debt free. In addition to her debt repayment updates/monthly budget updates, she writes about how to stay motivated when paying off debt.

Though I don’t use the budgeting software myself, I love to read YNAB’s Blog because many of their articles are debt-repayment stories from YNAB users. My friend Bailey was featured on the YNAB Blog for her article about repaying $17,000 of debt in 2 years on a $23,000 salary. I loved that article because it shows that you don’t always have to make a large salary to be committed to debt freedom!

If you’re committed to paying off debt, you’ve probably heard of Dave Ramsey. You may even refer to him on a first-name basis and quote him regularly like Bailey does. In fact, her constant raving about The Total Money Makeover inspired me to read the book for myself, which set me on my own journey to debt freedom. I don’t always agree with everything Dave teaches, but since he’s one of the most well-known financial gurus that teaches debt freedom, it’s only fitting I include his blog. Other Ramsey personalities including his daughter, Rachel Cruze, have their own websites with similar articles.