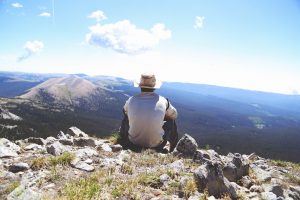 One of the benefits of being in our 20s is that we have a lot of growing up to do.  I know that sounds weird, but it’s true.  Our lives are just starting and the benefit is that we can make changes so our lives turn out to be whatever we want them to be.

I made a lot of mistakes in my 20s, (just as most 20 year olds do) a lot of which involved money.  The good thing about making mistakes in our 20s is that we can learn from them, make changes and go on to be whoever it is that we want to be.

If your 20-something money situation is less than ideal here are some ways you can make changes and improve your finances:

Talk about it with your partner

Not too long ago I found myself 27 years old and over $50k in debt.  BF didn’t want to talk about our money situation because our conversations would always end up in a fight about why we have no money and how we should spend the little money we had.  So I avoided the situation all together for the sake of our relationship.

However what we should have done was admit the problem and talk about it instead of avoid it.  The sooner one of us would have brought up the situation, the sooner we could have started to fix it.

Go to your bank and ask for help

Our finances got so bad that I considered declaring bankruptcy.  That’s a lot of financial trouble for anyone, but defintiely for someone who’s in her 20s to be in.  I thought I had my credit card payments under control and I thought I could become debt free if I wanted to…but I was wrong.

I should have asked for help a lot sooner than I did.  I should have went to my bank to set a budget, figure out how to cut my expenses and start spending less.  Instead I just kept making minimum payments and using the majority of my pay check to repay debt instead of living my life.

A big contributing factor to my debt was the fact that I was living the fast life.  I was eating out at restaurants every day and never thinking twice about spending money.  This is a recipe for disaster.  A lot of people say that the one way to overcome money troubles is to stop spending, but that’s easier said than done.

I had to completely change my lifestyle in order to start spending less and making bigger payments towards my debt.  I moved to a smaller apartment outside of the core downtown area (where I had always lived), I cut my monthly expenses including switching to a smaller cell phone plan and downgrading from an extreme satellite package to basic cable.

Accept the emotions along with the finances

After a long hard look at my life I decided I was going to overcome my debt; however it wouldn’t be without tears.  I decided that bankruptcy wasn’t an option and I started accepting the fact that I was in a lot of trouble.  Only then could I actually swallow my pride (and there was a lot) and change my ways.

It definitely wasn’t easy to tell my friends I couldn’t hang out, start cooking at home instead of grabbing food on the go and learning to live on less.  But I did it and I am a better person for it.